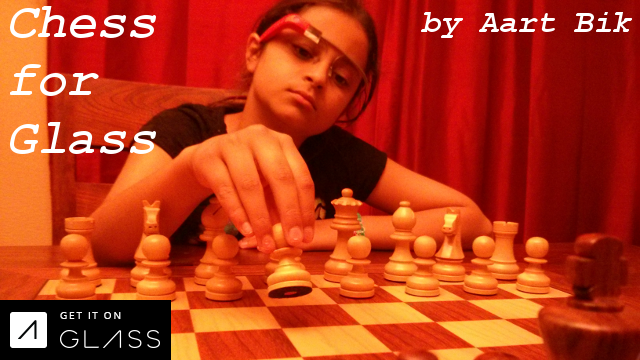 Chess for Glass is Glassware that runs directly on a Glass device. It was developed using the GDK (Glass Development Kit). One can enter moves by simply saying the moves, or by using the touch pad. Other features include a choice in board color, spoken move announcements, and the ability to import any third party chess engine to replace the friendly built-in Java engine. Chess for Glass recognizes Android Chessbase compatible engines and supports both the popular UCI and XBoard/WinBoard protocols.

Glass is a trademark of Google Inc. Use of this game is subject to the Terms of Service.