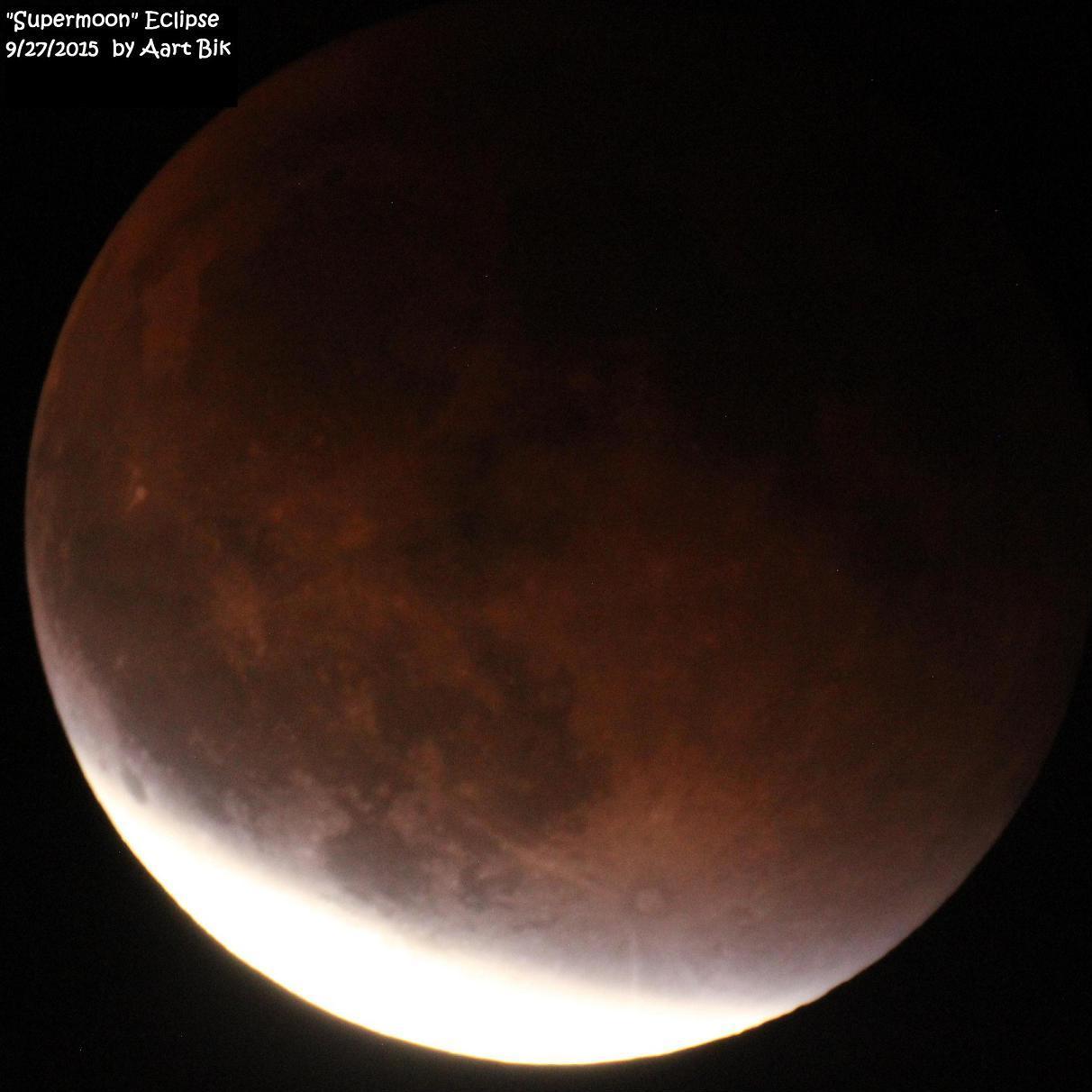 Aart Bik owns a Maksutov-Cassegrain Meade ETX-90EC telescope (90mm aperture and 1250mm focal length) that is used for some occassional amateur astronomy, straight from his driveway in light-polluted Silicon Valley. More information on this telescope can be found at the excellent Weasner's Mighty ETX Site 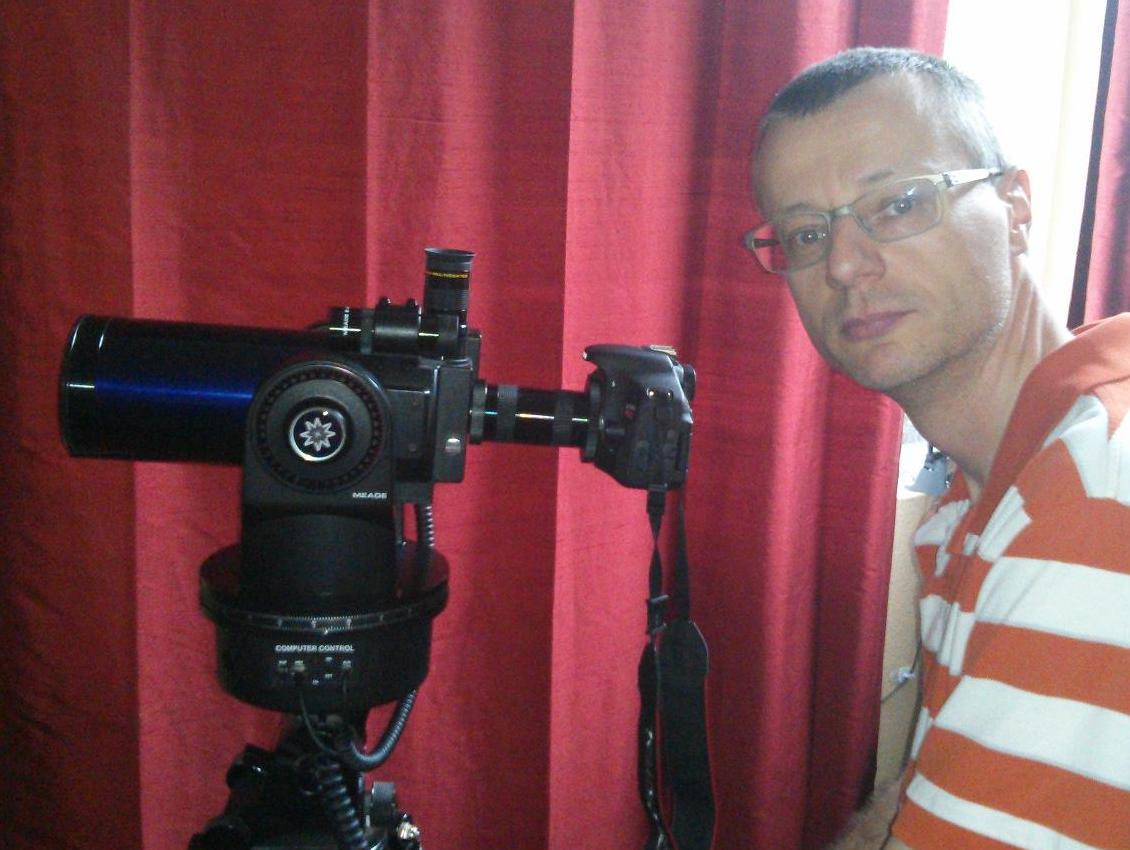 This picture on the left shows the configuration for prime focus astrophotography, where the telescope effectively becomes the lens of a SLR camera using the #64 T-adapter attached to the rear photo port of the ETX and a T-mount ring for the camera, with a 18 megapixels Canon EOS Rebel T3i digital camera. Mirror lockup and a remote control are used to minimize vibrations while taking pictures. In this setup, pictures appear correctly oriented.

Below, various sample pictures of the moon, Saturn, and Jupiter demonstrate this setup, taken as single shot, manual exposure photos (ETX tracking is not sufficiently accurate for long-duration exposure without an additional guider). The pictures were cropped around the object, which effectively yields a "digital zoom" for the planets. One picture of Jupiter was obtained by processing 10 different exposures with the RegiStax aligning and stacking software. The overexposed picture of Jupiter shows its moons. 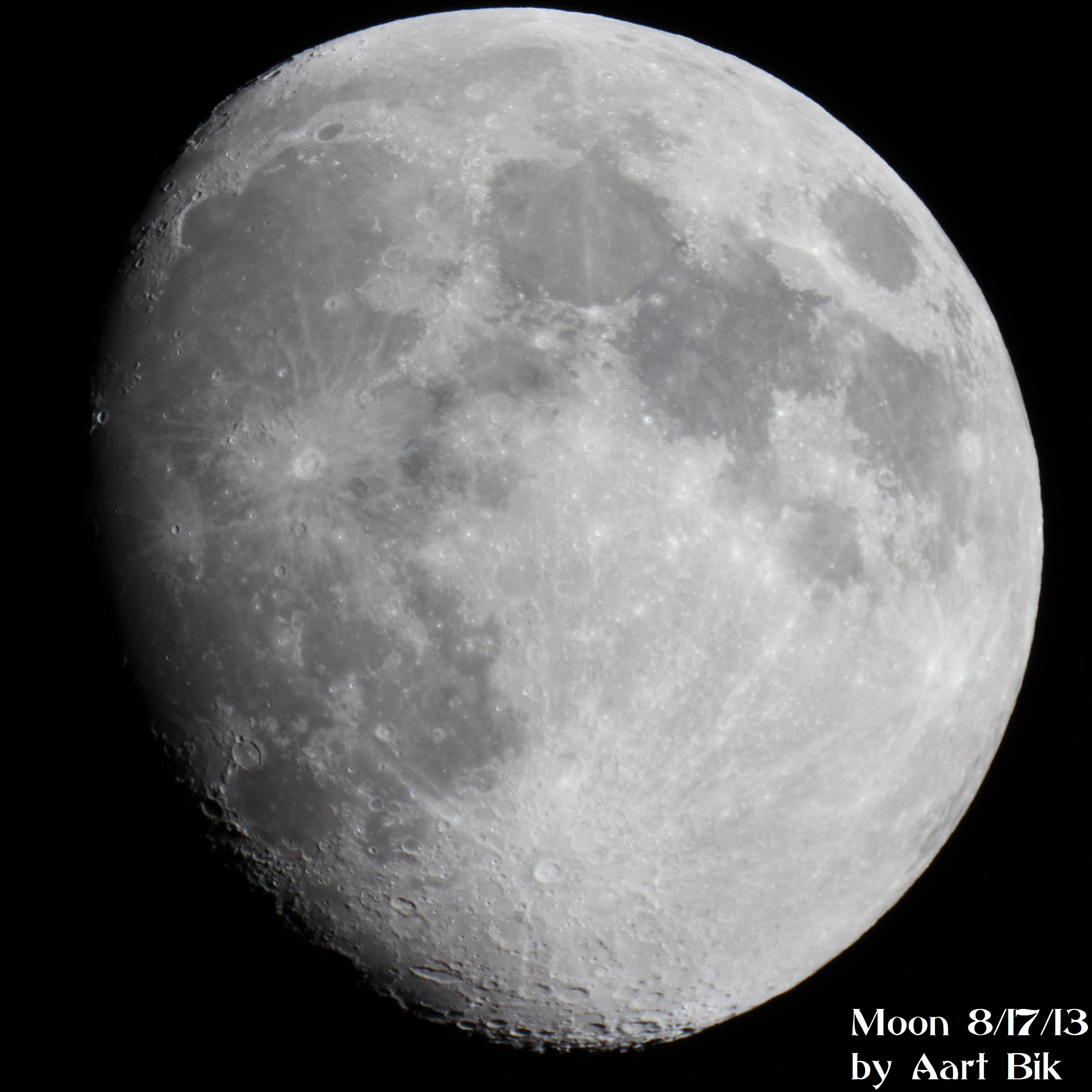 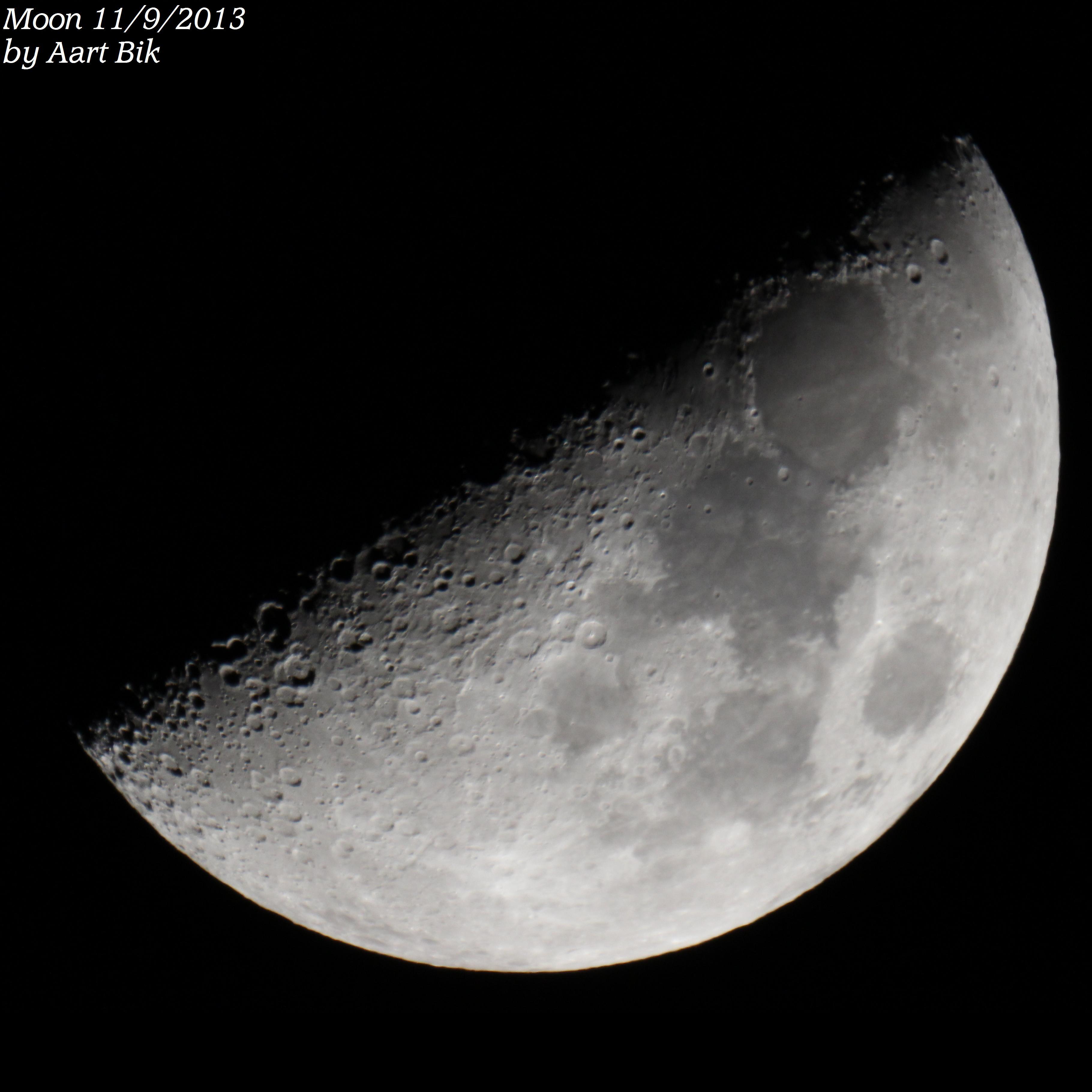 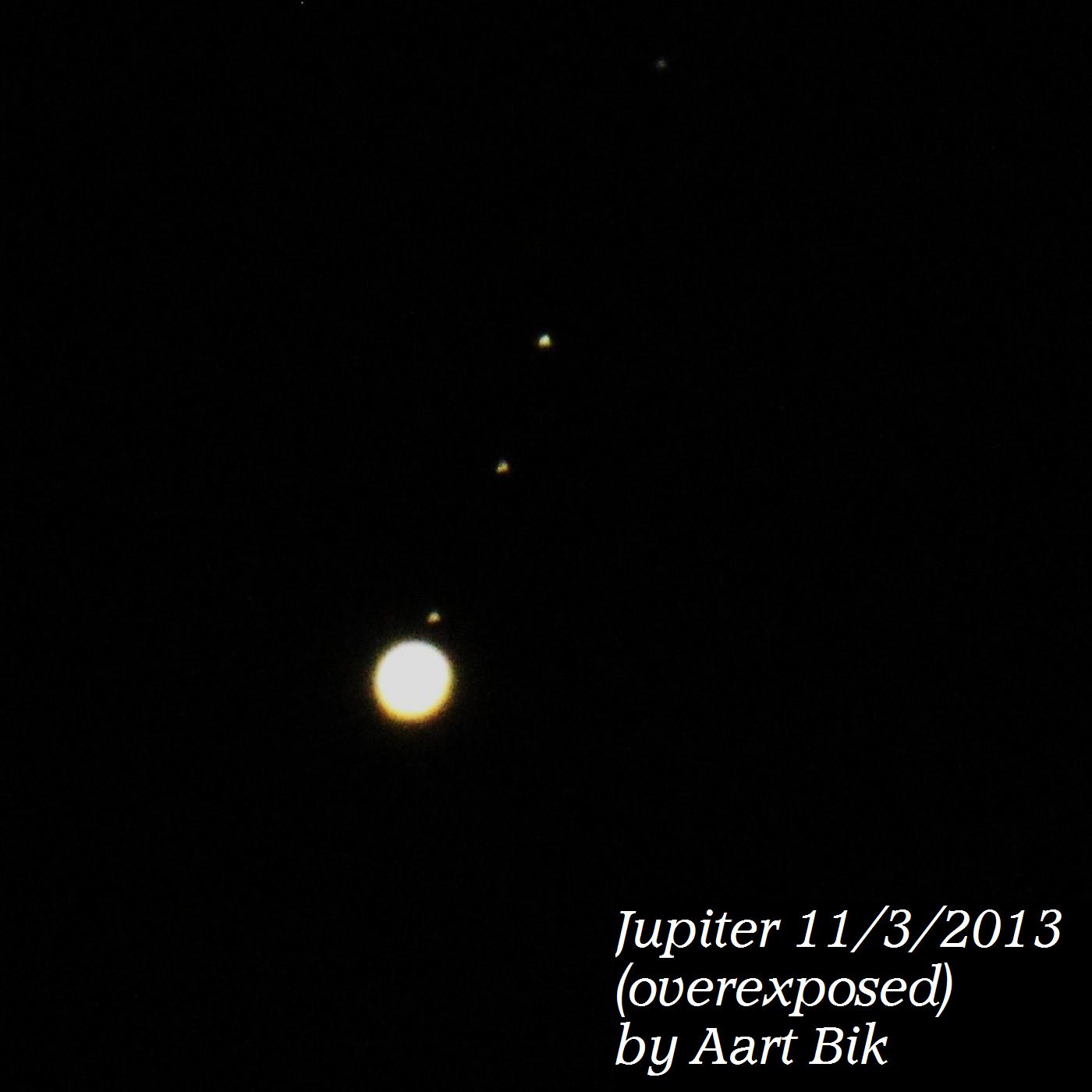 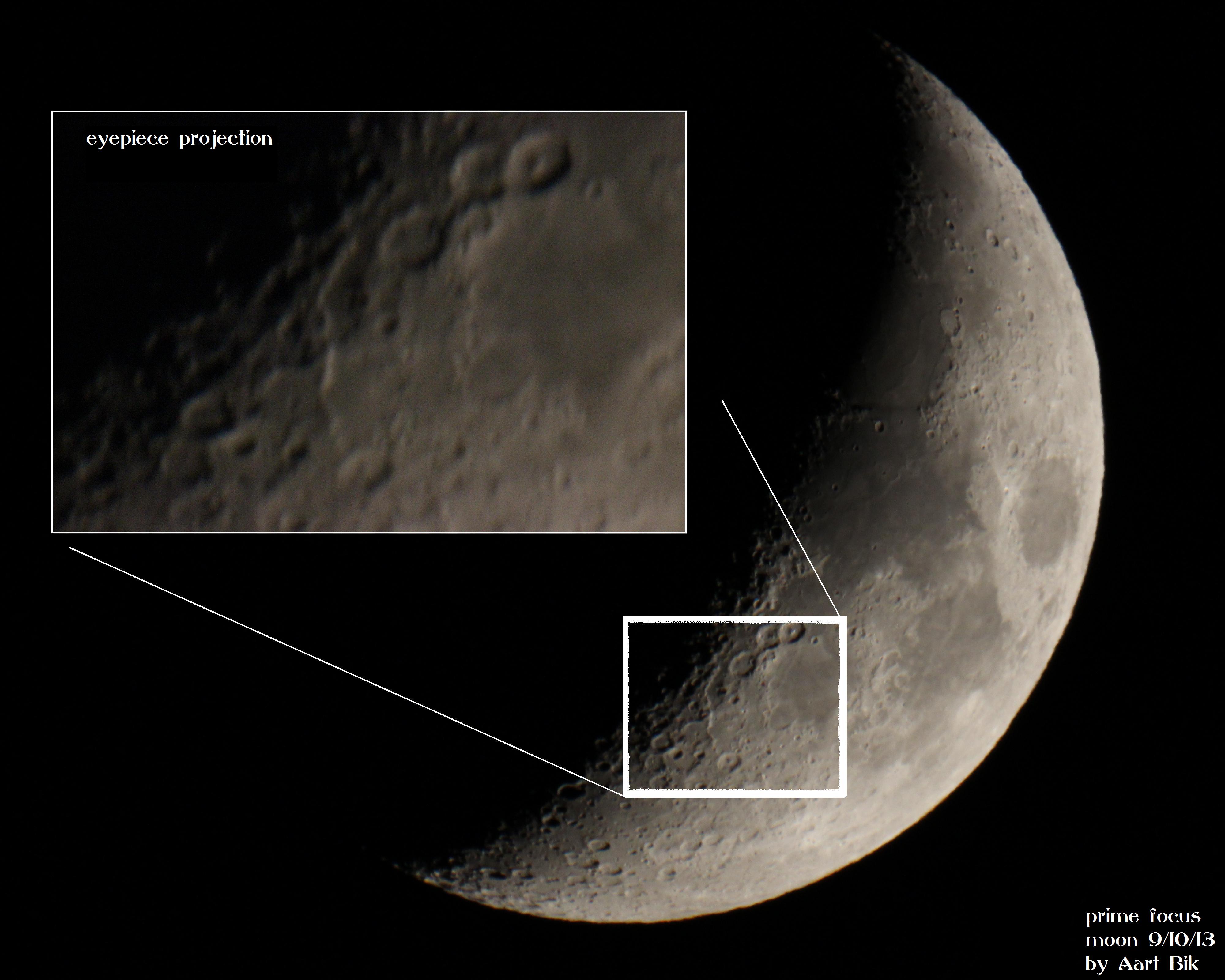 The picture at the left shows the configuration for eyepiece projection astrophotography, where an eyepiece is mounted inside the Meade Basic Camera Adapter that is inserted in the top eyepiece holder (the adapter can also be configured for prime focus) with a 18 megapixels Canon EOS Rebel T3i digital camera using mirror lockup and a remote control. In this setup, pictures appear upright, but horizontally reversed.

This configuration is challenging since, due to the inherent light loss at higher magnifications, it is hard to find and focus the object. This is illustrated in the right picture, comparing a prime focus and a 9.7mm eyepiece projection picture of the moon. A somewhat disappointing result for the latter, since a digital zoom on the former yields a much more clear result.

A similar configuration is possible with the Meade Variable-Projection Camera Adapter, where a sliding control provides more space for larger eyepieces

The picture at the left shows the configuration for afocal astrophotography, where the camera lens aims directly at an eyepiece in the top port of the ETX tube, with a 4 megapixels Sony DSC-P5 digital camera. In this setup, pictures appear upright, but horizontally reversed.

A sample picture of the moon to the right demonstrates this configuration using a 26mm eyepiece. The picture is shown in reduced resolution and horizontally flipped to match the actual orientation. Compared to prime focus, the resulting picture is much fuzzier. 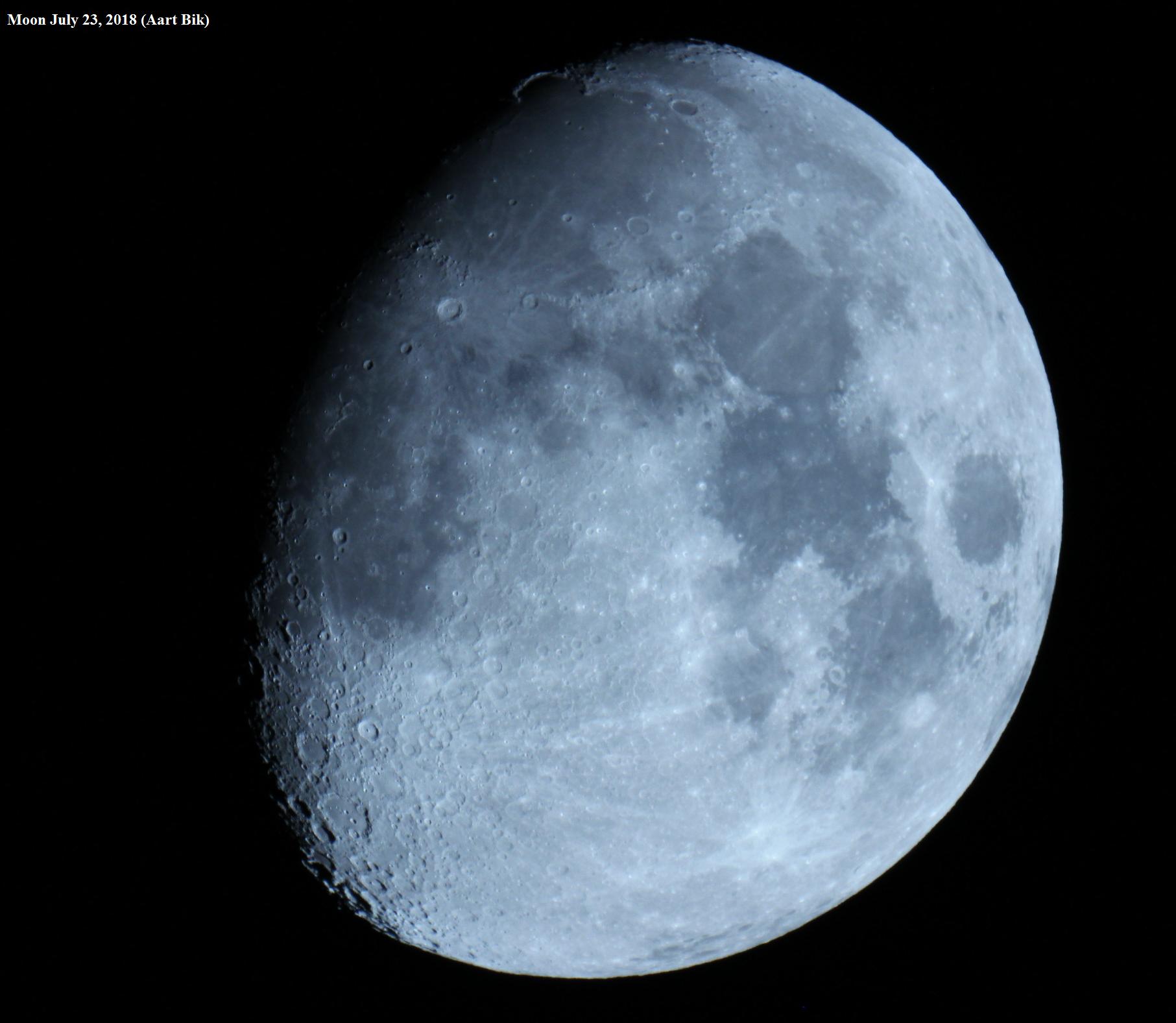 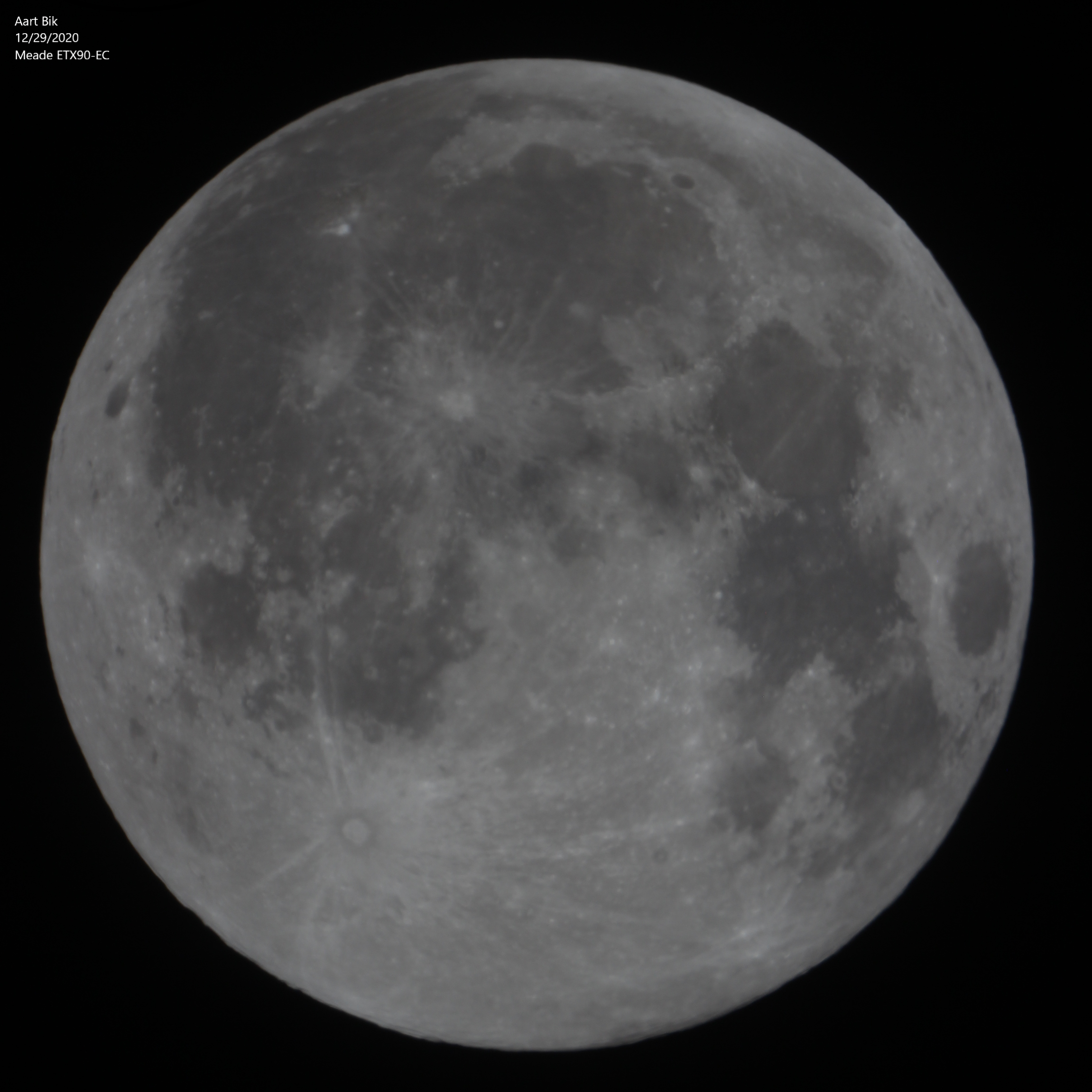 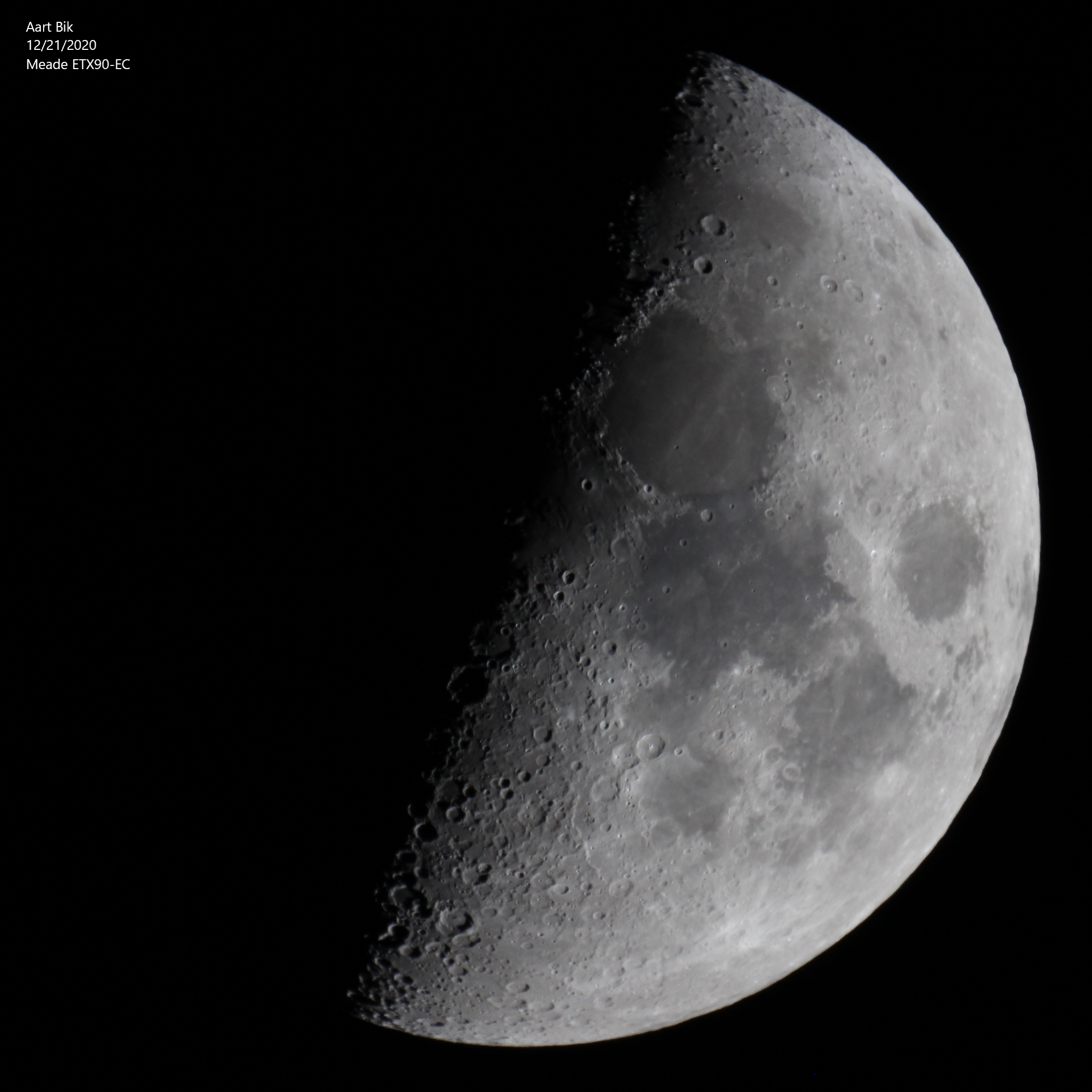 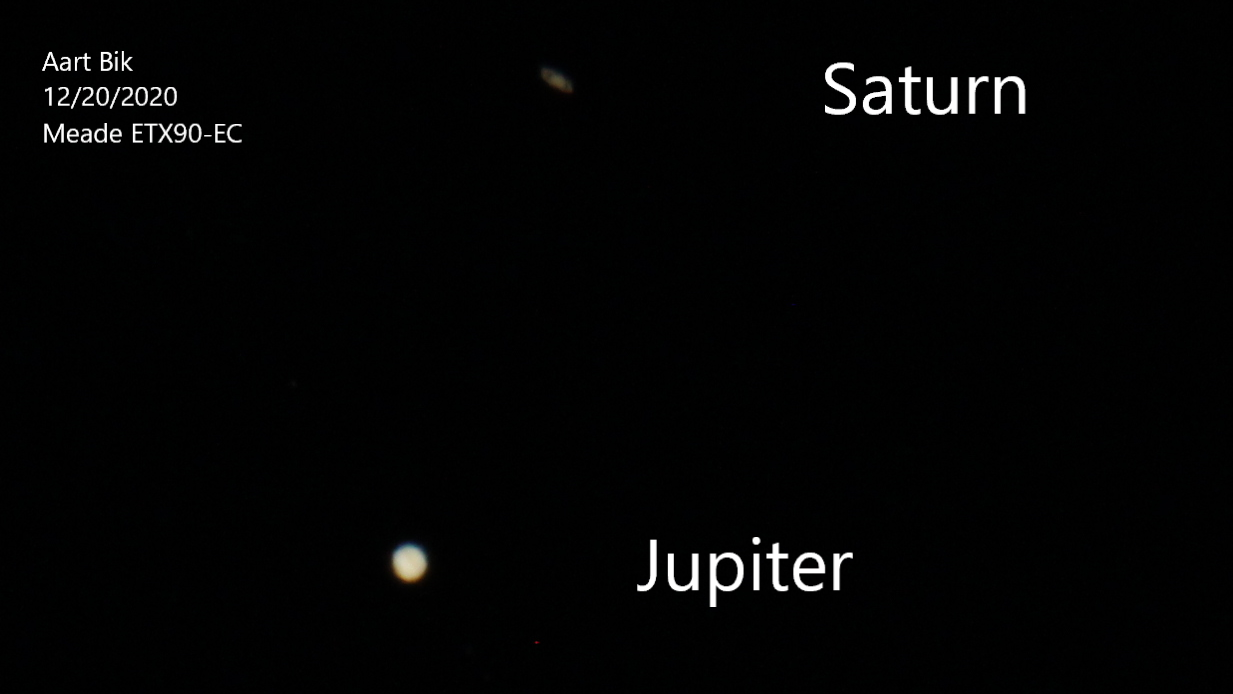 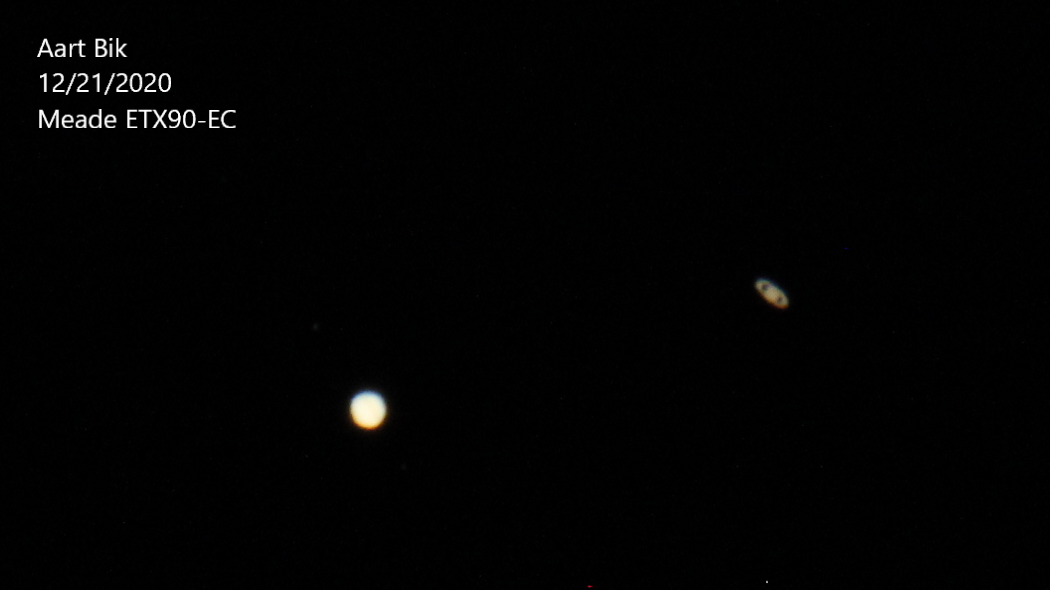